With over six million acres of protected nature, more than 2000 miles of hiking trails, 46 high peaks, and over 3000 lakes and ponds, the Adirondack Region in upstate New York is a hiker’s, backpacker’s, and paddler’s paradise. The Adirondack Park is the largest protected area in the lower 48 states and offers amazing wilderness adventures in its remote woods with gorgeous sweeping views and the highest mountains in New York State. Pack your backpack, hop on the bus or train, and start exploring this beautiful nature wonderland.

Our Experience Backpacking in the Adirondacks

We at wander.green have some great and lasting memories from our 4-day backpacking trip to the Adirondacks in July 2015. After taking the bus from NYC we got off at the Keene Valley stop. From there we hiked 1.6 miles to ‘The Garden Trailhead’.

This trailhead is the beginning of countless miles of hiking trails leading to Mount Marcy and beyond, with many thru-hike and loop-hike options.

The first night we set up our tent in the pouring rain somewhere in the woods only a few miles into the trail. Our trip happened to coincide with the escape of 2 murderers from the nearby Clinton Correctional Facility maximum-security prison. They were thought to be hiding in the Adirondack woods! Every time we heard a sound our eyes opened wide, and it made for a very weary night.

The next morning, greeted by a few rays of sun, we found our bear box that we stashed the night before still intact, and after packing up we began the climb to Mount Marcy. We passed Johns Brook Lodge, and hiked on until the creek crossing at Bushnell Falls. The foot-bridge was out of order so we walked through the creek instead (which was pretty easy).

After a picnic lunch we took a quick ice-cold dip in the water before heading up the trail, which was becoming steeper and steeper. At Slant Rock Lean-to we set up camp at one of the established primitive campsites. Everything was still wet from the previous night’s rain, and it started to drizzle again, but we managed to set up our tent without getting too soaked. Our initial plan was to do a 4-day loop over Mount Marcy, Mount Haystack, Basin Mountain, Saddleback, Gothics, Armstrong Upper Wolf, Lower Wolf, Hedgehog, and then back to Keene Valley. But we were told by fellow hikers who had done that route that due to some very exposed and steep passages on these peaks, hiking those passages with a large backpack in wet conditions was not safe. So we decided to stay at our campsite and do some day-hikes from there instead.

The hikes were steep at times and most of the trails were covered in water. It was a tricky balancing act to walk on rocks and wood that stood out from the water, but it made for a fun and meditative hiking experience. Once at the top of Mount Marcy, beautiful sweeping views of the high peak region greeted us and we enjoyed a couple of hours just taking in the views of the mountain ranges beneath. We had a great experience despite getting rain showers almost every day.

One thing we did not think about was that the creek we had to cross on the way back at Bushnell Falls had swelled to twice its size from all the rain. The creek had become a river and was quite wide! We decided to strip down to our underwear and t-shirts and fight our way through the hip-deep water. It was a difficult passage —the water was wild and powerful, ice cold, and our backpacks were pulling us off center as we leaned onto our hiking poles to take the next step. Once across the water, we decided to just keep hiking in our underwear to dry off. Since we had been all alone on the trails so far we didn’t think much of it. But it made for a fun moment when a group of Park Rangers appeared, hiking towards us with a strange stare of disbelief on their faces. We laughed and joked and moved on.

Once dry, we put our pants back on and made our way out back to Keene Valley. It was a remote backpacking trip with beautiful views and we certainly had a great time. We are already looking forward to our next Adirondack getaway (hopefully in sunnier weather!)

The Adirondack Mountains are about 5 million years old and were developed by tectonic shifting and glacial carving during the last ice age. The region is still experiencing continuous uplift.

Lake Tear of the Clouds, located at the foot of Mount Marcy, is the highest pond in New York State. Sitting at 4292 feet, it is the origin of the mighty Hudson River that flows south for 315 miles before emptying into the Atlantic Ocean near New York City.

Animals of the area include black bears, moose, Bobcats, fox, beavers, skunks, moles, and bats, to name just a few. The Blackflies can get very annoying during May, June, and July in the Adirondack wilderness, and the trails are often wet and muddy during the spring and early summer. Because of this, the best time to hike in the Adirondack Mountains is August and September.

Check out the Adirondack Mountain Club website for more info.

The first people arrived in the Adirondacks around 10,000 BC. The Algonquian peoples and Mohawk nation used the Adirondacks for hunting and traversed the mountain passes. In 1609 European immigrants began to colonize the area. In 1664 the English took control, and after the American Revolutionary War the land was ceded to the people of New York State. Initially there were no restrictions on settlement, and many lumbermen moved into the area, resulting in mass deforestation.

In 1837 the mountains were named the Adirondacks, and soon after the area became synonomous with relaxation and pleasure. A railroad was built from Saratoga Springs to North Creek, and hotels followed soon thereafter.

In 1894 the Adirondacks became a constitutionally protected Forever Wild area.

In 1989, part of the Adirondack region was designated by UNESCO as the Champlain-Adirondack Biosphere Reserve.

Bring your tent and enjoy some backcountry camping.

Like in most NY State parks, wild camping is allowed but sites must be more than 150 feet from any hiking trail, road, or water source.

Lean-tos are located in many areas as well and allow you to spend the night without bringing a tent.

Check out the Adirondacks Backcountry Rules and Guidelines:

There are many camping spots in the area that can be reserved. Some even accommodate RV’s.

One of the most unique places to camp is on Seranac Lake, where one can camp on tiny private islands that are only accessible by boat or kayak.

There are multiple other lodges and camps available as well as free campsites that are available for tents and RVs.

For free camping only 4 miles from Keene Valley Village we recommend this site.

Multiple artisanal breweries, microbreweries, cideries, and wineries can be found in the Lake George, Lake Champlain, and Lake Placid areas. Some of these breweries are also known for their mouth-watering meals.

One very special and rare experience is to camp at one of the boat-access only campsites on the small islands and along the shore of Seranac Lake. You can rent boats, or bring your own kayak and paddle to your own private little island. It doesn’t get any more peaceful than that.

If you have a car, explore the towns in the area like Lake Placid, Lake George, Glens Falls and more. Visit the Wild Center and walk the canopy trail across the tree tops.

Indulge yourself at the food and wine festival, visit the many museums and art galleries in the area, or bring your bike and ride from winery to cidery. Check out upcoming events.

How To Get Around By Public Transportation

Take the bus from NYC Port Authority with Trailways to Keene Valley. The ride is 7.5 hours and costs about $130 round trip.

Take the bus from NYC Port Authority with Trailways to Lake Placid. The ride is 8 hours.

Take the train from New York City to Westport Station, where a shuttle bus will bring you to Lake Placid. The ride is 7 hours total.

Take a cab or Uber from Lake Placid to the trailhead and back. 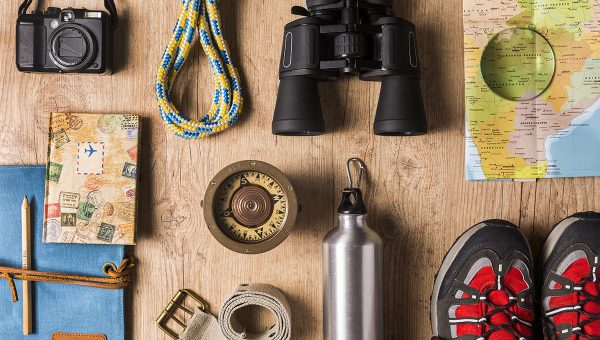